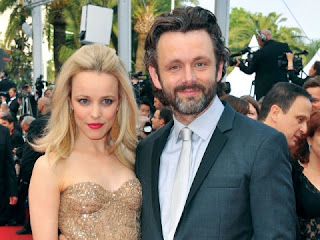 The gorgeous couple, spotted canoodling at the Hollywood premiere of Michael’s new movie ‘Jesus Henry Christ’, are reportedly gearing up to tie the knot! We bet Michael’s ‘Twilight’ co-stars, Kristen Stewart and Robert Pattinson, will score invites to the wedding!

They’ve already shown off their love around the world, and now it looks like Rachel McAdams and Michael Sheen are ready to make it official. The glam couple, who began dating shortly after meeting on the 2010 set of Midnight in Paris, will be engaged before long, a source close to the couple says.

A friend of Michael’s tells HollywoodLife.com exclusively, “Michael is planning on proposing to Rachel very soon. They both want to take their relationship to the next level. They are madly in love and want to start a family together.”