Can Jamie Campbell Bower Live Up To Jace Wayland's Standards?

In light of recent news that Jamie Campbell Bower is bulking up for his role as Jace Wayland in the film adaption of 'The Mortal Instruments' books by Cassandra Clare. There is no ends to Jamie's talents and determination to research and make sure he is mentally, physically and emotionally prepared for this role. Taking up Martial Arts and sticking to a strict diet and training.

For everyone that has read the 'The Mortal Instruments' books will know what a struggle Jace goes through being a shadow hunter and meeting Clary (Lily Collins). So for Jamie to be so committed and preparing himself accordingly, we can only hope that he can deliver on the big screen. For Cassandra Clare has set a very high bar for her main male lead, Jace.

But here at TeamSexyVolturiGuard, we know that Jamie has the talents and abilities to amaze even his strongest critics and make sure that he becomes the Jace that all us TMI readers have fallen in love with over the years.

The Mortal Instruments: City of Bones, is due to start filming in August 2012, in Toronto, Canada and due for release in cinema's in August 2013.

Written By @VolturiRaven
at 4:13 PM 0 comments

Jamie Campbell Bower, who appeared in the Harry Potter and Twilight films, has to “bulk up” for his next role, opposite Lily Collins, in The Mortal Instruments: City of Bones.
“I’m in physical training every day,” he tells Mandrake at the launch of Lacoste’s flagship store in Knightsbridge.
“I’m drinking lots of protein shakes. I’m going to the gym and doing weights in the morning, then, in the afternoon, I’m doing something called Krav Maga, which is a martial art.”
The actor, 23, who resides in Clapham, south London, adds: “If you live in a dodgy area like I do, then it could be a handy thing for me to have.”

As from Friday 29th June, the Team Sexy Volturi Guard blog brings to you....

Every Friday at 10am {GMT} I will be promoting my favourite Twilight Fanfictions right here at TeamSexyVolturiGuard.

So if you have a fanfic you want some recognition for, or you have a favourite fanfic, then please fill out the form below. There is no limitation to how many fanfictions you enter, however they must be Twilight.

Throughout the week, I will check them out and will be recommend them to the TeamSexyVolturiGuard community blog for the entire week for people to view, as well as Twitter promotions.

But don't worry, if your fiction isn't promoted on the blog, for all fictions submitted will be recommended on @VolturiRaven on Friday evening. Also you can re-submit each week, there is no limitations to how often you submit a fiction, as we are happy to promote all Twilight writers. However, I will be keeping a list of all Fictions submitted as record, so you never know when yours may be featured.

Recommended a FanFic for FanFiction Friday

I look forward to reading your fanfictions and so does the rest of the staff at TeamSexyVolturiGuard.

We are happy and excited to announce a new affiliate.

We have a new affiliate...

Proud to announce http://noelfisherfans.com as our newest and latest affiliate. Please make sure to give them a follow.

Charlie Bewley's 'Hammer of the Gods' 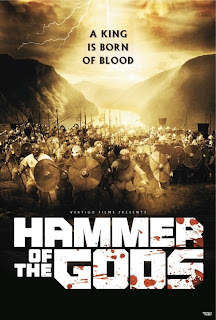 Vertigo films released this poster for the upcoming Hammer of the Gods, featuring Charlie Bewley.
at 7:47 PM 0 comments

The Awesome @danielcudmore was added to the event!
at 7:33 PM 0 comments

Hey there followers and readers!

We have big expectations here at TeamSexy, we would love to get our following count here up to 50 followers for a BIG giveaway. Think you guys are up for the challenge?

What does lucky number 50 get, you ask? A customized Italian Charm bracelet, with pics of Dan and Charlie on it.

We are super excited to announce our latest affiliate http://www.facebook.com/SLCTwiFans! Make sure to 'Like' them on FB.

Welcome to the family guys!!!

The trailer we've been waiting for 'Breaking Dawn part 2'

We wanted more and they delivered, we got some glimpses of the Volturi

Phase 4 Films has acquired North American rights to the action/comedy The Baytown Outlaws, starring Eva Longoria and Billy Bob Thornton. The distributor plans to release the film in early 2013.

Formerly titled The Baytown Disco, the screenplay, written by Barry Battles and Griffin Hood, was on the 2009 Black List, the annual list of top, unproduced screenplays in Hollywood. Battles also directed the film, which also stars Paul Wesley, Andre Braugher and Thomas Brodie.

The movie revolves around three Alabama brothers who find themselves on the wrong side of the law when they finally try to do a single good deed.

“The Baytown Outlaws is an absolute crowd pleaser as it combines lots of action with sharp humor led by an amazing group of actors,” Berry Meyerowitz, president and CEO of Phase 4 Films, said.

What we've been waiting for Teaser trailer 2

The kind folks at Summit/Lionsgate are dangling the teaser for us..

The Twilight Saga: Breaking Dawn - Part 2 will release a new trailer this week to celebrate the 111th birthday of its vampire protagonist Edward Cullen.

The first trailer for you

Lionsgate and Summit Entertainment will first debut a 10-second sneak preview of the trailer on Tuesday, June 19 at 5.30am PDT / 8.30am EDT / 1.30pm BST. At the same time the following day, Wednesday, June 20, the full teaser trailer will premiere online.


Breaking Dawn - Part 2, starring Kristen Stewart, Robert Pattinson and Taylor Lautner, is the final movie in Stephenie Meyer's big-screen vampire saga. The Twilight movies have so far collected more than $2.5 billion at the worldwide box office.Lionsgate executive Rob Friedman yesterday quashed rumors that the studio was considering rebooting the series."We are not remaking Twilight," Friedman said. "We will happily support Stephenie Meyer if she decides to proceed in any way. But this will be the last one, unless that should change."The Twilight Saga: Breaking Dawn - Part 2 will open in cinemas on November 16.

Can we the Twilight fans get more Conventions?

Hey all you crazy Twilight fans out there. Ever been to a Twilight convention? No? Well let the people know you want to go and we need more.

Simply sign this petition ~> #Twitition twitition.com/tlrfk and let @Twi_tour and @Creationent know we want and NEED more after the last movie comes out in November.

Keep tweeting them and the stars you love letting BOTH @twi_tour and @creationent we want more.


We all vote to get the awards for ALL the shows, let them know we are POWERFUL and we have spoken. We need to be able to meet:
Volturi
Romanian
Denali
Nomads