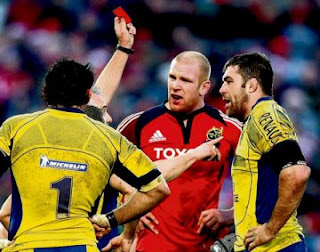 MUCH LIKE the Clermont Auvergne side which will try to dethrone Leinster in Bordeaux on Sunday, it has been a long and eventful journey to a European semi-final for Jamie Cudmore.

The Canadian recovered from some difficult times as a teenager to make it this far, playing in Wales and Grenoble before developing into a menacing presence in the Clermont secondrow.

Paul O’Connell knows that only too well, having famously traded blows with Cudmore at Thomond Park in 2008 as the visiting player received an early red card.

We are talking about @JNCudmore brother, rugby player of Daniel.

You can read more of this article here