Few Options Trailer added to Gallery and US DVD release

Author: madnad
Few Options is a film that features a small cameo of Michael Sheen as a florist. The film centres around ex-con Frank Connor (Kenny Johnson – Sons of Anarchy), who is fresh out of prison and trying to stayout of trouble.
It had a small US theatrical release last summer, but so far, I have not heard of any plans for a UK release. It is being released in the US on DVD on 24 January. You can pre-order it on DVD from Amazon.com.  It is not available on Amazon.co.uk at this time. 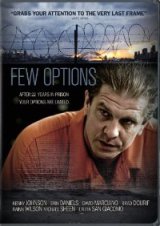