The Baytown Disco with Thorton and Longoria @danielcudmore 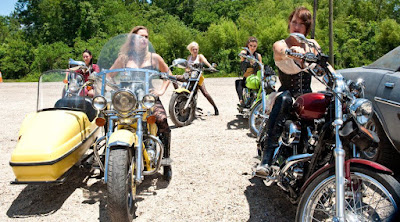 When three redneck brothers agree to help a woman save her son from an abusive father, they become targets on the run from an odd cast of characters in The Baytown Disco.

After her ex-husband Carlos shoots Celeste three times in the gut, it’s time to play dirty. In the fight for her godson, Rob, she hires three outlawed and redneck brothers to bring him back to her. But nothing can be that simple in the South. What begins as a small rescue mission rises to a southern battle royale. This odd team must shoot their way through gorgeous female assassins, Native American hunters, Federal agents, and a whole lotta metal coming after them, while protecting Celeste’s innocent child.

For more info about the Baytown Disco and their actors click here
at 2:51 PM