So I flew out to La La Land just to have my glimpse of the sexy guards of the Volturi aka Daniel Cudmore and the sexy and suave Charlie Bewley and as usual I was not disappointed. Well not totally...

Charlie was late for his panel on Saturday and was squeezed in between the Cullens, Peter Facinelli, Ashley Greene, Elizabeth Reaser and Jackson Rathbone and the Trio of Kristen Stewart, Rob Pattinson and Taylor Lautner accompanied by director Bill Condon.

In true Charlie fashion he spoke of "Super Demetri" and "the party in his pants" before parting the stage and pulling down his trousers revealing his underwear that simply said, "Beckham."

For the me the real treat of the weekend was seeing Daniel Cudmore at his only appearance of the convention at the Sunday brunch, for his pics and autographs.

He was looking better then I had seen him, which as most of you know was last year in Orlando.

I took my pic with Dan and he bit my neck, and we talked and it was like two old friends meeting once again. He loved that I had made and was wearing my, "Team Cudmore" shirt.

here are some pics of @danielcudmore to wet your pallets for now: 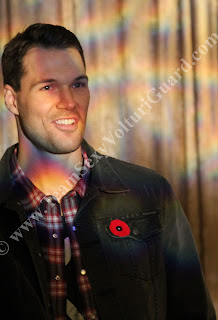 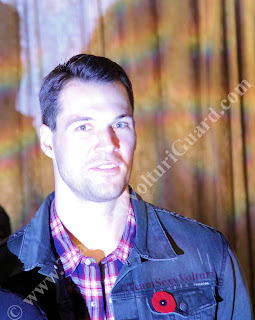